"Are you keeping secrets?"
Her father stopped in the drafty hallway. He stiffened, and a wave of crimson rose slowly from his neck to flush his face. He turned toward the narrow staircase.

"No!" Cassie ran after him.

By the time she reached her bedroom doorway, her father was pulling out drawers from her bureau. When he found nothing there, he turned to the bed. In a moment he had pulled aside blankets and sheets, lifted the mattress and discovered the blue journal. He opened the book and began to read. . . . 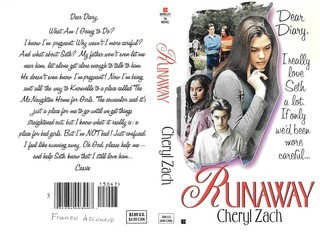